Are you prepared for Bowser’s Fury?

It seemed like only yesterday that the 30th anniversary of Mario passed, and Nintendo celebrated with a trio of announcements. We’re already able to get our hands on Super Mario 3D All Stars; and the race-oriented Super Mario 35 is still running for the next couple of months.
But it’s the third announcement, Super Mario 3D World, that should have fans intrigued in 2021.
A port of the hit game on Wii U, the debut of 3D World on Switch will introduce players to one of the plumber’s most engaging 3D adventures. It allows up to four people to take part in the platforming antics, collecting coins and knocking out enemies while taking advantage of some innovative new power-ups – including a cat suit that allows you to swipe at foes and climb up walls. But there’s more to this port than you might realize, thanks to two intriguing words – Bowser’s Fury.

A World Worth Re-Exploring
Initially released on the Wii U platform in 2013, Super Mario 3D World features a wide assortment of levels that you can explore with ease, with the ability to play along with four of your friends in co-op. There’s no word yet if the Switch version will enable online play along with local, but we don’t see why it wouldn’t. 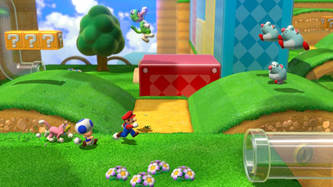 Over the course of the game, you set out to stop Bowser’s latest dastardly plot, which involves a race of fairly-like creatures known as Sprixies. Apparently he’s interested in using their magic
for evil, something that Mario just can’t allow. Over the course of the game, the players will deal with Bowser and his minions, using power-ups to their advantage and earning 1ups and
other goodies along the way. Not to mention a speed boost, as this game reportedly moves 25 percent faster than the original.
The original game remains an appealing delight after all these years, despite its stark differences from the Super Mario 64 and Super Mario Galaxy games that came before. Its design choice is just as effective, opening up the landscape for co-op shenanigans, hidden items and so much more. Yet it also stems from a familiar universe that’s been running for years, as fans should have no trouble diving back in and seeing sights that they’ve gotten used to.
Not to mention that, with the Switch’s control set-up, there will likely be different gameplay options available, like being able to use the JoyCons similarly to the classic Wii set-up, or general gamepad play. No matter what method you prefer, you should have no trouble conquering what this universe has in store…
That is, until you get to Bowser’s Fury.

What Is Bowser’s Fury?
Though Nintendo promised to have more details on the expansion “soon,” the first trailer promises a sinister add-on to Super Mario 3D World.
What’s in store? Well, from the looks of it, this could do for the game what Super Luigi U did for New Super Mario Bros. U. In that, we mean present a series of new, challenging levels that will test even the greatest of platforming fans. How many levels that will be, we’re unsure. But considering that Bowser is, well, pissed at you defeating him last time, he’s likely pulling out all the stops to make sure you don’t beat him again. 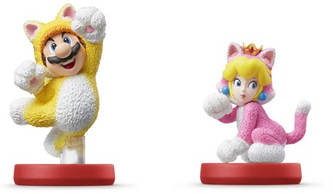 There could also be a sinister new force aligning themselves with Bowser, as the trailer features a cat statue amidst a dark background. Could they be ancient enemies of the Sprixies? Or perhaps a force that wants to use Bowser’s tactics as their own? Again, we’re not sure. But, considering the game is only a month or so away from release, we won’t have to wait long to find out.
Not to mention that you’ll have new Amiibo to pick up, as Cat Mario and Cat Peach will be available for purchase shortly after the game’s release. They’re sure to provide a bit of a boost to players that use them in-game.

Here’s A Port You Can Appreciate
Like previous ports that came before it, Super Mario 3D World looks like it’s ripe for rediscovery on the Switch, and sure to be a party favorite as Nintendo’s 2021 year rolls on. Not to mention the challenges that will come from Bowser’s Fury, as well as any other surprises Nintendo has in store. We’ll see how the game fares when it arrives on the Switch on February 12.

Want to win a PlayStation 5 or Xbox Series X? We can lend you a hand with our giveaway!