It’s truly a winner for the Nintendo Switch.

In the past, when fans were asked what kind of adventure game they’d enjoy from years past, chances are a Final Fantasy game would’ve come up. But these days? Well, there’s a lot more to choose from, but one franchise that’s truly made a name for itself is Fire Emblem.
The series first got its start with Fire Emblem: Shadow Dragon and the Blade of Light in Japan way back in 1990. However, U.S. fans are just now exploring the origins of the series with that game, as it recently saw a domestic release on Switch back in December.
That said, Fire Emblem thrived in the U.S. anyway, starting with the original Emblem game on Game Boy Advance and followed by many sequels. However, with Fire Emblem: Three Houses, the series’ premiere release on Nintendo Switch, it has truly found its calling.
As of March 2020, the game has already managed to sell 2.87 million worldwide. However, by this point, it’s likely to have cleared four million, becoming one of the most popular Switch games out there. But what made the game shoot its way to success compared to other, smaller Fire Emblem games? Quite a bit, actually. 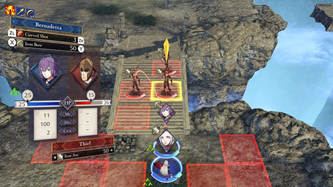 The three houses in question come from your main character, who’s asked to be a professor for one of three different schools, or houses. This essentially ties in with other characters who get introduced over the course of the game, as they take part in a series of events surrounding the school of choice – and not necessarily tied to war.
One big aspect to Three Houses that makes it work so wonderfully is how in-depth it goes with its characters. Even if you’re just guiding someone through a smaller side mission to help out a student, it remains a telling act about the person you’re guiding – and makes you that much more intrigued to discover more about them.
And it’s not just one character, either. You’ll delve into different types as Three Houses goes on,
learning more about their personality traits in a lively – and sometimes humorous – manner.
The level of depth that Intelligent Systems has put into the game is truly something, and has kept players enthralled for hours on end since Three Houses’ initial release back in mid-2019. And it’s not an overnight tale, either. The scope of the story actually takes place over several years, where you’ll deal with certain aspects at the end of each month and continue onward.
Though a bit different from the epic scale settings of the previous Fire Emblem games (most notably the best-selling 3DS chapters), it works incredibly well here. And what’s more, you don’t always have to follow a typical story structure. Sometimes you can just use the “Explore” option and learn more about your surroundings – particularly the monastery that plays such an integral part in the tale. And the little things play a part too. You’d be surprised how loyal students may become by sitting and having lunch with them.

A Balance To The Battles
As your character progresses through the story campaign, the options you take have different payoffs. For instance, by focusing more on Faculty Training, you’re able to boost your main stats. However, by taking a different path and do something with certain people in the game, forming a bond but not entirely benefiting from every aspect of how you do in battle. It’s intriguing, and eventually warrants multiple playthroughs as you learn what characters can do with just a little bit of change. 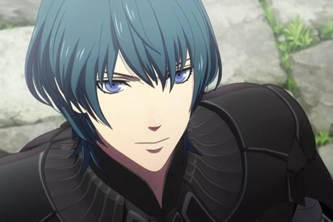 Support from your students can go a long way as well, and something as simple as the answer they’re needing to hear creates motivation, which can lend you a hand in unexpected ways. Again, this is quite deep, and will take a few playthroughs to truly understand. But that’s what makes Three Houses so damn good – being able to dive in and find something new each time around.
There are new classes that can be learned and mastered as well, so battles don’t always feel like “the same old thing.” Again, Intelligent Systems going above and beyond here to make
Three Houses stand out from the routine Fire Emblem formula, while at the same time including enough familiarity to keep fans coming back for more. It’s a neat trick, and pulled off with great charm.
Throw in a sweet new Battalions system that makes the fights just as thrilling as they were in previous games, and you have a title that’s due all the success it’s received – and maybe even a little bit more.

A Step Up In Presentation
While Fire Emblem games in the past haven’t been bad-looking to say the least, there’s something about how Three Houses excels its game visually with a neat cel-shaded style that looks like something resembling an anime. In fact, a lot of these characters appear as if they came out of some kind of classic anime film, right down to the fine use of color on them. The models here are something else, moving around with lifelike ability.
And the setting in which these characters are place is dazzling, like something out of a fantasy. Even when you’re discovering some of the niche elements in battle, you can see everything that’s happening with clarity and ease. Intelligent Systems really evolved how the game looks here, and it’s something else. They can be a bit fuzzy at times (particularly on handheld), but it’s really not a bad-looking game at all.
For that matter, Takeru Kanazaki’s soundtrack is spectacular, a fine mixture of percussion and melodies that make even a stroll on the school grounds something special. Not to mention that this is the first Fire Emblem to feature voice acting – and a good amount of it is high-quality. That’s not easy to do when you spend most of your game producing dialogue via text. But the developers really nailed it here, right down to the simplest of conversations.

A Strategy RPG That Sets The Standard For The Fire Emblem Series
I admit, I wasn’t the deepest fan of Fire Emblem when I stumbled upon Three Houses. I did play the previous 3DS games a bit and enjoyed what was there, but I’m not much when it comes to the “strategy/RPG” genre. (Gimme something where I’m more hands- on.) However, there’s a lot to unload in Three Houses, and even if you’re new to the genre, there’s something for everyone here. From creating motivation for fellow students to discovering new battle tactics to exploring the grounds and finding a neat little surprise, there’s discovery galore.
Couple that with a dazzling (if slightly fuzzy) presentation and awesome sound ingredients, and you have a game that truly delivers. Even a year and a half after its initial release, Fire Emblem: Three Houses doesn’t disappoint. Take yourself to school on this one.

You can purchase Fire Emblem: Three Houses for Nintendo Switch here!
Want to play on a PlayStation 5 or Xbox Series X instead? Here’s how you can win your own!