Terminator Will Be Back On PS5 This March

Resistance is getting the 4K treatment.

2020 was such a busy year for gaming, you might have missed out on a particular title or two.
This includes Reef Entertainment’s Terminator: Resistance, a first-person shooter based on the hit film franchise of the same name. This first-person shooter didn’t exactly rock worlds, but it did show off more on the Future Wars that the first two films showed bits and pieces of – enough for fans to be happy with.
But for those that missed out, fret not. The game will get a re-release on PlayStation 5 this March with a number of enhancements and features. Those that previously bought it can get the upgrade free of charge, and it will be sold separately as well.

A Different Take On Terminator
Rather than letting players take control of either the Terminator or John Connor, Resistance puts them in the shoes of a fellow soldier by the name of Jacob Rivers. He’s part of a human resistance squad that’s fighting against the latest wave of Skynet’s unstoppable T-800’s, amongst other machines. They’re doing whatever it takes to survive, and that means a whole lot. 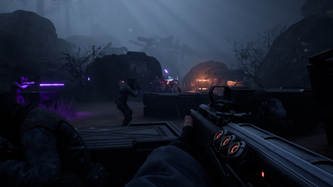 The original game didn’t exactly sell like hotcakes, though it does have its fair share of fans. With the re-release, Reef is hoping that more fans hop on board, especially with the inclusion of enhanced visuals and a previous PC-exclusive mode that actually lets them take control of Terminators for the first time.

Infiltration, Anyone?
In Infiltrator mode, players can hop into the shoes (metallic feet?) of a Terminator and clear out scavengers and other patrols as they try to find an officer of the Resistance. It gives them a good idea of what a Terminator handles like, complete with targeting and accuracy with its weapons. That said, it’s sure to have some drawbacks, unlike what the human resistance members have in store.
The mode was a pretty big hit on PC, so when it comes to the PS5 version of the game, it’ll likely have a pretty big draw there as well. The original story mode will also be intact, complete with its multiple endings. Reef has also noted that the gameplay will take advantage of the DualSense PlayStation 5 controller, though it didn’t specifically say how just yet.

Stunning New Visuals
The developers are pulling out all the stops to make Terminator Resistance look better than ever before. These include 4K resolution and the game running at a fluid 60 frames per second, along with faster load times compared to the PlayStation 4 version. We have yet to see it in action, though considering the game’s release is in late March, we won’t have to wait too long to find out. 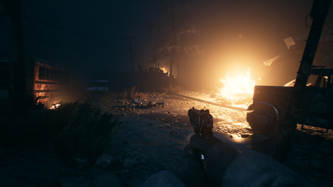 On top of that, the company will also expand the story a bit with a yet unnamed DLC expansion, set for release for PS5 and Steam sometime this summer. It’ll introduce new “narrative content,” possibly spinning off the Terminator lore even further. There’s no word yet on a release date or how much it will cost, but Reef should make that information available soon.

You Ready To Be Back?
With its PlayStation 5 release, Terminator: Resistance should stand a better chance of expanding its audience. And with its new visual upgrades and Infiltrator mode, it should have them coming back for more. We’ll see how the game fares when it arrives this March. “Chill out” till then.

Want to win a PlayStation 5 for yourself? Or how about an Xbox Series X? We’re giving some away!