Sonic The Hedgehog Predictions For 2021

Sega wants to celebrate his anniversary in style.

No, you’re not seeing things. (Well, maybe old age.)
Sonic the Hedgehog officially turns 30 this year. The icon’s first video game adventure debuted in 1991 on the Sega Genesis, creating a lightning fast journey that would include sequels, spin- offs, animated TV shows and even a big-screen film featuring Jim Carrey as his ruthless nemesis, Dr. Robotnik. 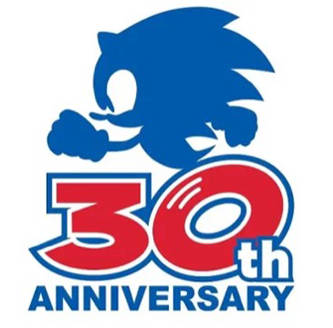 And yet, things are just getting started for the little ‘hog that could. For this year’s anniversary, Sega states that it has big plans. We already know a film sequel is in the works, and there could be a TV series over at Netflix as well.
But that also includes some new game announcements. Sonic’s been kinda quiet since Team Sonic Racing debuted a little while back, aside from some other game appearances. But here’s some guesses as to what the publisher could have in store for the fast little hero and his crew.
Here’s hoping we see at least one of these surface.

Sonic Colors HD
Initially released in 2010, Sonic Colors has become a sleeper hit for both Wii and Nintendo DS owners. However, it seems that no one else has been able to enjoy this, leaving its audience somewhat limited. An HD release would hit the spot, with remastered visuals, lightning speed and more gameplay features to attract players to this, ahem, colorful adventure. It’s well worth discovering, so, yeah, we’d be all for its return.

Sonic Chronicles: The Dark Brotherhood Sequel
As trippy as it sounds, Sega and the developers at BioWare did team up at one point to create a savvy Sonic role-playing game called Sonic Chronicles: The Dark Brotherhood. And though it wasn’t as wildly popular as his platforming adventures, it still garnered a pretty good audience.
That should give Sega all the more reason to give the formula another try with a sequel, introducing new characters and tactics while continuing the intriguing story. Granted, BioWare is a bit busy these days with all things Mass Effect (and, yeah, Anthem), but you never know.
After all, we got another Paper Mario on Switch, so anything is possible. In the meantime, seek out this gem if you can.

Sonic Adventure 3
For years, the Sonic Adventure franchise has been buried, staying roughly in the past on the Sega Dreamcast and Nintendo GameCube with the first two entries. But why is that? It has a pretty strong following, and many people have been vocal about seeing a third chapter come about. So the 30th anniversary could very well be the best time to introduce it, as we can’t get enough of the enjoyable 3D gameplay. What else can we say but “Follow me, set me free!”

Sonic Mania 2
Perhaps it’s too soon to ask since the first game is still fresh in our minds, but we would not turn down a sequel to the highly addictive Sonic Mania. A platformer that meshes together elements of the old and the new, Mania turned out to be a genuine surprise. So we’re open to the idea of getting more of the same – and maybe with more multiplayer options this time.
(Even if that means someone playing Tails. Ah, well.)

Sonic And All Stars Racing Transformed 2
Team Sonic Racing isn’t a bad little endeavor, as it delivery speedy thrills around every turn. But every driving fan out there really wants a sequel to Sumo Digital’s 2012 release, Sonic and All Stars Racing Transformed. Everything about this game came together beautifully, making it a worthy rival to the unstoppable Mario Kart 8. Having more tracks and obscure characters from the Sega universe would hit the spot. And, hey, maybe a playable Ristar? Just saying.

Sonic Generations 2
No disrespect meant to Sonic Forces – it’s not bad to say the least – but we really want to see the Generations open up again. The 2011 release was amazing, blending classic level design with 3D platforming antics almost effortlessly. And the sequel, if it ever does come around, could do the same, with even more inspiration from classic games, more gameplay features and, of course, that radical music making a return. Fingers crossed on this one.
What Sonic game do you hope to see announced in 2021? Let us know.

Refer to amazon on what titles are available on what consoles.

And while you’re at it check out this page to see how you can win an Xbox Series X or PlayStation 5!