In hindsight, we had zero problems with Ninja Theory’s take on DMC: Devil May Cry. Sure, Dante was younger and the gameplay was a little different, but the team kicked ass with the formula anyway, and the game is still fun to play. Nevertheless, a few years later, Capcom went back to its regular team with Devil May Cry 5 and still proved that it knows how to create a fun action game in its own right.
And now we have a Special Edition to sate our needs, with the team back in action, alongside Vergil. As some may know, he’s a mainstay when it comes to special editions in this series, with his own style of gameplay standing out from the others. But is that enough to make you want to reinvest in another version of this game? Well, if you’re not a die-hard fan, you may consider looking at its options. However, if you’re all about sending demons back to the underworld, then consider this your Christmas.

Vergil Won’t Cry
To say that Vergil brings something to Devil May Cry 5: Special Edition’s table is an absolute understatement. He’s clearly a worthwhile addition to the series, able to combine all sorts of wicked abilities to the party. This includes some amazing sword combos that could send even the mightiest boss quivering, along with cool teleportation techniques and the ability to unleash a sweet “concentration” technique. It can take a little bit to master him, but once you do, it’s quite the sweet spot. 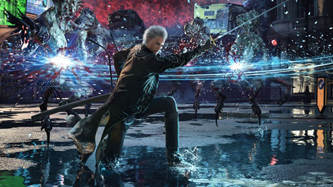 This, combined with the three other characters in the game, make this version of DMC5 feel even more balanced than before. No matter which route you take, you’ll find a complex but wildly entertaining actioner with lots of opportunities to build up combos, even in the “SSS” tier (if you’re good enough, of course). Capcom continues to find a fine balance with the gameplay, whether you’re about the run and gun or getting up close and personal with a sword. And even the mysterious V has something to offer – once you figure him out, of course.
We’re happy to report that all the action from the original is intact in the Special Edition. And on top of that, some difficulty settings let you choose what kind of game you want. Walk in the park? Sure, have fun. A most butt-kicking time that challenges you at every turn? That’s here as well. Create your own adventure, pick your fighter and have a field day, you won’t mind. Good luck with Legendary Dark Knight though, because ouch. Be prepared for a true challenge.
For those uninitiated, you can also check out the new practice mode and get a hang of each character you’re trying out – a welcome feature, to be sure.

Looking Better Than Ever
One would expect a port of a game like this on PlayStation 5 to pull out all the stops. And, thankfully, that’s just what Devil May Cry 5 does. It looks absolutely stunning on the hardware, with advanced ray tracing effects and gorgeous 60 frames per second action throughout. You can even bump it up to 120 fps once you unlock it, or stick around at 30 with the finest of details intact. It’s totally your call, but no matter which option you take, it’s a breathtaking view, even if the action gets a little too frantic at times. (Damn that Legendary Dark Knight mode!) 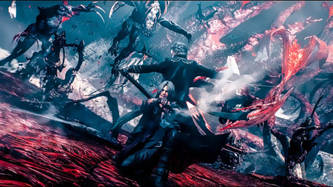 The game also loads beautifully, only taking a few seconds to get from scene to scene. Of course, that’s the power of the SSD working in its favor, but it’s great that Capcom embraces the format and uses it to its advantage. There’s not much change to the audio, but with the PS5’s set-up, it’s better than ever, with the music and voice effects sounding absolutely golden. Put on some headphones and have a field day rockin’ out to this one.

You Won’t Cry Over The $40 Spending
Sure, you’ll have to pay two $20 bills to get the most out of this Devil May Cry experience. But this is a wonderfully done port, with visual extras, a thrilling new mode that will push you to your limits, and, of course, Vergil. It’s still a hell of a time and good fun for this holiday season, and the quintessential version of this favorite. It truly doesn’t get much better than this – of course, unless Capcom throws in Ninja Theory’s version for a few more good times. But you can get that for an affordable price as it is.
We’re hoping Capcom has more ports like this in store for PS5 – imagine how a Monster Hunter World port would look on the PS5. For now, though, appreciate this Devil May Cry goodness, because you’ll soak in every second as you hack and slash your way through everything. 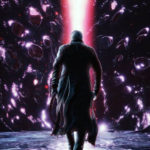