Here’s why its handheld system is a big deal.

There’s a lot of new hardware on the gaming market these days, such as the PlayStation 5 and Xbox Series X. But one system that’s sure to be a hit with the old-school gaming crowd is the Astro City Mini from Sega, which launches in Japan within a matter of hours. 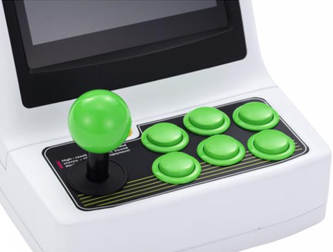 The handheld system, going for around $154 in US funds, resembles the previously-released SNK Neo-Geo Mini in a way. It looks like a miniature arcade cabinet, a ⅙ scare recreation of an actual arcade machine you’d find in Japan. It comes with a joystick knob resembling Sega’s fighting games, along with six buttons, which can be comfortably used with its variety of games. (If you prefer, a supplementary control pad and arcade stick can be purchased separately.)
But if you prefer a much bigger screen, you can also connect your system to a television using the HDMI port, so you can see the details even better than on the small screen. That’s the best of both worlds, especially if you’re taking on someone in two player action.
The significant thing, as you might expect, is the list of games included. While 36 isn’t exactly a bountiful amount compared to other units on the market, a majority of them are gems from Sega’s old-school library. The list is as follows:

While some have seen previous releases on the market, there are several others that haven’t. For instance, the only other place you can play Golden Axe: The Revenge of Death Adder is with the recently released Arcade1up cabinet. And Arabian Fight and Dark Edge have never gotten a home release, so this allows them to make their home debut in style. There’s also other obscure favorites like Quartet 2 (a two-player version of the company’s four player game) as well as Rad Mobile — which Encino Man fans are sure to recognize. 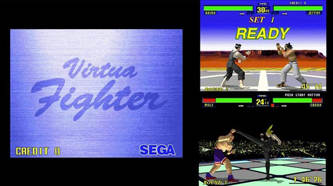 There’s also various other favorites like Shinobi, Altered Beast, Puyo Puyo and several others, guaranteeing hours of play. And they truly cover the spectrum of Sega’s arcade legacy, right up to favorites like Virtua Fighter (in perfect arcade glory).
Some might not understand the need for owning a game like this when they have access to other Sega collections and consoles. But this one serves as a loving reminder of where Sega’s roots came from with gaming — and it represents them in the best way possible. Want to get your own? It’s not too late! Amazon Japan can still ship them in time for the holidays, but you better act fast!

While you’re at it, treat yourself to a PlayStation 5, which you can win from The Gamebutler!