The big “N” isn’t waiting to celebrate the holiday season with its fans.
Today, Nintendo announced the games that will make their debut on Nintendo Switch Online on December 18, including four SNES favorites and a classic NES title. 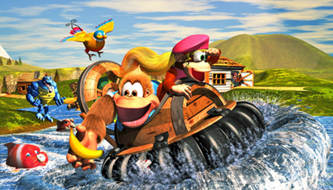 Leading the pack is Donkey Kong Country 3: Dixie Kong’s Double Trouble, the third chapter in the popular SNES platforming series. The first two games made their debut on the service this year, so now fans can finish up the trilogy in style!
Next up is Jaleco’s Tuff Enuff, a fighting game where you can choose from a number of combatants and become the best brawler in the world. Street Fighter it isn’t, but fans nostalgic for the classic SNES days may get a kick out of it.
Jaleco’s The Ignition Factor is up next, a unique firefighting game that utilizes action and puzzle elements together into one fun experience. It’s well worth checking out again.
Rounding out the SNES collection is Super Valis IV, a notable chapter in the 16-bit adventure series. Take your swordswoman and take on all sorts of enemies in this fast-moving action/platformer!
As for NES, the mystery game Nightshade will join the virtual collection! Solve puzzles and uncover a dangerous tale before it’s too late for your character!
The games will join the collection next week, so make sure you have your Nintendo Switch Online NES and SNES apps updated by then to enjoy what all there is to offer! Check out the trailer below to see the games in action.

Prefer a PlayStation 5 instead? Here’s how you can win one from The Gamebutler!