It’s just not Christmas without some classic gaming love – and WayForward has it in spades. 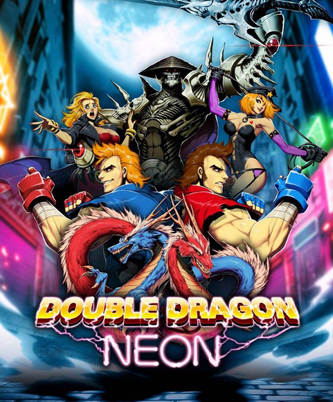 The developer behind such hit games as the Shantae adventures and DuckTales Remastered have announced that they’ve teamed up with Majesco Entertainment to bring its classic Double Dragon Neon to the Nintendo Switch, set to debut on December 21 st . A price point hasn’t been given yet, but it’s likely to be $19.99.
Based on the classic beat-em-up franchise, Double Dragon Neon once again has you chasing after your beloved Marian, this time kidnapped by the vile Skullmageddon and his army of thugs. Only with some rockin’ moves will you be able to save your girl, with the help of Billy and Jimmy Lee.
The game initially released for Xbox 360 and PlayStation 3 back in 2012, with a Steam release following in 2014. Microsoft also added the game to its backward compatibility program, so players can enjoy it on Xbox Series X and Xbox One. In addition, it’s also playable on PlayStation 5 through Sony’s PlayStation Now service.
Here’s a full list of features for the game:

Check out the Nintendo Switch trailer below.
There’s no word on a physical version just yet, only digital. However, considering how often WayForward teams up with Limited Run Games, we wouldn’t be surprised if one got announced…