Two years ago, Insomniac Games set out to create a whole new kind of Spider-Man experience, despite the fact that other developers like Treyarch and Beenox perfected their takes on the web-slinging hero. But this developer succeeded in a number of new ways, mainly with storytelling and stylish open-world gameplay that kept webheads coming back for more.

Now, as a new generation of consoles hit the market, Insomniac has returned, this time giving young Miles Morales a shot at saving the city with his own self-titled Spider-Man adventure. And despite a shorter length than the original game, this one’s got some swingin’ good times to spare.

Miles Is Taking Over
The game follows the events of the original title, with Peter Parker opting to take a vacation in Europe and Miles filling in his spot with his own special suit. But there’s more to the story than you might expect, as it divides between Miles’ personal life with his family and friends and an ongoing war between two factions that could tear the city apart. Miles has to make some decisions along the way before a science company called Roxxon and an underground movement tear everything apart. 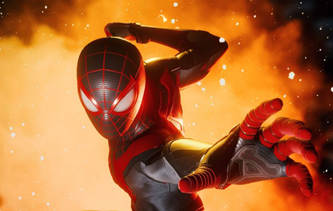 As with the original game, Insomniac expands greatly upon its storytelling, balancing everything just about perfectly within a ten hour adventure. Miles Morales enables the hero to learn his own way, dealing with a variety of memorable characters, heroes and villains as he tries to find his place within the city. Even the smaller segments in the game play a big part, adding to the overall product as a whole. It’s genuinely surprising, and just as much fun as the original.
What’s more, there’s lots of bonus stuff to find as well; and just swinging around the city is a memorable time, especially as you pull off Tony Hawk-esque tricks in-between swings, adding more to Miles’ personable touch. It’s really cool, and a great way to let off some steam after a long day of work. We still can’t get enough of it.

Gameplay Fitting Into Miles’ Wheelhouse (Or Webhouse)
There are some traits with the original Spider-Man game that are present here, mainly with swinging and some of the combat, as well as exploration with narrative-driven missions. But there’s also some original elements as well that help define a new direction for it, and fans should be thrilled by it. 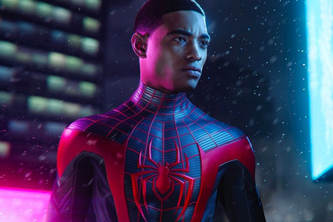 First, the addition of super-charged Venom-style powers are excellent, allowing Miles to hit his opponents with electrical moves. You’ll have to use them sparingly, but they make quite a difference against tough boss enemies and groups. Alas, that means less stuff to power up than you could in the original Spider-Man, but it gets more to the point of kicking butt, which many of you are bound to like.
I also like the new stealth abilities, surrounding Miles’ turning invisible on occasion. It’s really well done, and enables a new kind of technique to the combat scenarios, so you don’t necessarily have to jump in and put yourself at risk busting heads. It takes a little bit of getting used to, but after a couple of sessions, you’ll find yourself really liking what Miles can do here.
Overall, the gameplay feels excellent, with enough familiarity to jump into, along with new stuff to learn. It’s the kind of balance that’s fitting for a genuine follow-up like this.

A Nice Debut On PS5
You can play Spider-Man: Miles Morales on the PlayStation 4 and PS4 Pro and get a great deal of traction out of it. But an experience like this feels built for PlayStation 5, with two different options available. 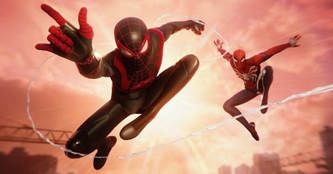 There’s performance mode with dynamic ray-tracing and lighting effects that make everything appear cinematic, and rightfully so; but there’s also a mode with speed in mind, going 60 frames per second with less detail. No matter which way you go, the game is absolutely stunning to look at. And the bonus costumes – including one straight out of Into the Spiderverse, are absolutely remarkable. And even the smaller sequences within the game have a surprising amount of weight, so you don’t want to skip through those if you can help it.
As for sound, Insomniac hits the mark yet again – and then some. The music cues in at just the right spots and sounds fantastic; and the voice acting is well done, especially with Miles’ character. The sound effects are wonderfully captured too, right down to the “THWIP!” effects from the web-shooters. And dare we say how good it is to hear Jonah on his podcast again?
(Yes, we said it.)

This Spider-Man Won Us Over
Just like the original (which, by the way, is included as part of this package in remastered form if you buy the Ultimate Edition), Spider-Man: Miles Morales will wow you at every turn. The presentation is perfectly suited for the PlayStation 5, no matter which mode you choose; and the gameplay continues to be an evolution for the series, leaving us wondering what direction Insomniac can go next with it. And there’s a lot of game here, even if it’s not as huge as the original. This is one side adventure that’s worth its weight in webbing. If you’re considering a PlayStation 5, this game should be at the very top of your list.

Want to win a PlayStation 5 for yourself? We’re giving one away here! 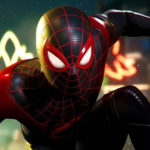