We previously gave our thoughts on the Xbox Series X shortly following its release to market, and found it to be a remarkable next-gen gaming experience, despite the fact it didn’t really have too many glowing first-party games to speak of. No matter – we rampaged enough through DiRT 5, Devil May Cry 5 Special Edition and Gears 5 (that’s a lot of 5’s) to find it well to our liking. But where’s that leave the PlayStation 5?
Well, fortunately, we were able to track down one and put it into our entertainment center, in spite of its oddball, bulky size. And we found it to be every bit of Xbox’s equal when it comes to next-gen muscle. What’s more, it actually has some benefits of its own, including a UI that’s incredibly well done and a number of exclusive titles. While the experience isn’t quite flawless, there’s enough here to keep players enticed on what’s to come over the next few years.

This System’s Big, But Packs A Punch
So, yeah, the PlayStation 5 may be Sony’s weirdest design for a console yet. Instead of going with the practical approach, it makes it a large piece of black and white machinery, one that
actually requires a stand to fit properly in your entertainment center – unless you want it to lean on something, which we don’t suggest. 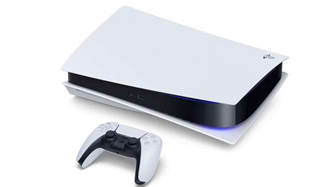 It doesn’t take too long to set up, though. And it actually feels good that the system has eject and power buttons that you can locate and properly use, compared to the PlayStation 4 Pro. It is a bit odd at the USB ports are on the back of the system, with only the USB-C on the front for controller charging. But once you get everything figured out, the design isn’t half bad.
Also, I gotta say that it’s refreshing to own a PlayStation console that doesn’t sound like a jet engine when you play it – a problem that plagued both the PS3 and PS4 models. The engineers really went all out to keep the PS5 nice and cool, which might explain its somewhat large size.
And it delivers, as the system has been really quiet over a few hours of play. Even when I’m downloading stuff in the background, nary does it go up to any kind of level like the PS4 Pro did.
Overall, the design is very cool. Again, it is weird, and I’m not sure why the company doesn’t want us to use faceplates to give it that personal touch, but it’ll fit right in to your game room if you’ve got the space for it.

Some Good UI, With Only The Slightest Of Problems
There’s a terrific menu system here that actually manages to outdo what the PS4 did – and goes miles beyond the PS3’s simple design. Here, you can locate your games that you’ve downloaded very quickly, depending on the size of your library. There’s a good UI in place where you can track things down and re-download with ease, and even browse the shop without having to wait for a proper connection, which is very cool.
There are some things you’ll need to get used to, like tapping the button to shut down the system instead of holding it; and navigating through certain Explore menus to get where you need to go when it comes to the apps available on the system. But it’s a nice change of pace, and offers convenience and quickness when it comes to getting what you need, once you get used to the system.
That said, there are some bugs that still need to be ironed out, namely when it comes to using an external hard drive. You’ll need to keep your PS5 games on the system, as hard drive support isn’t included with those. However, you can download PS4 games and use the hard drive to boot them onto the PS5. Depending on what kind of game you’re playing, the process can either be painless or a bit slow for its own good. Also, there’s some issues when you try to download games in sleep mode, so we advise not doing that.
There are a few kinks in the system that I’m sure future updates will iron out. As it stands, however, I really enjoy the new UI design; and chances are you will too.
Oh, and we like the DualSense controller as well. You can read our review of it here.

A Wealth Of Great Games
While most of Sony’s library isn’t entirely exclusive to the PS5 (most of the games work on PS4 as well), there’s a number of first-party favorites that are sure to stand out in your collection. Spider-Man: Miles Morales is a wonderful follow-up to the original, which is also included in remastered form for those that buy the ultimate edition; Demon’s Souls is a remarkable remake, even though it’s still tough as nails; and Sackboy: A Big Adventure is a wonderful treat for all ages, one that players can enjoy together – offline, anyway. 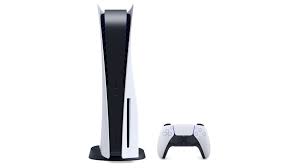 But the real surprise here is Astro’s Playroom, a wonderful included game that tests out all the features that the system has in store, while presenting an engaging, wildly colorful adventure.
It’s a good interactive tool that’ll last a few hours, and give you a few collectibles for your trouble. And it’s great to see Astro back in action after his PSVR debut a few years ago, taking the spotlight for Sony’s next piece of hardware. I hope he gets another original game somewhere down the road. There are some minor titles that won’t work on the PS5, like Hitman GO and Shadow Complex Remastered. Why they won’t work is beyond me, but the majority of the PlayStation 4’s library will. Even Guitar Hero Live manages to operate without missing a beat, which is genuinely surprising. It would’ve been nice to have compatibility with the PS1, PS2 and PS3 games, but having access to a huge PS4 library isn’t the worst thing. I just wish the external hard drive support was a little better, as mentioned above.

A System Well Worth Owning
Despite its bulkiness and its array of minimal bugs, the PlayStation 5 is something else. It’s a crowning achievement in hardware design that really stays the course when it comes to performance, design and games. And it has a lot to offer for the future, provided Sony continue to add to its overall aesthetic to keep up with Microsoft. We’re in for a zippy future in gaming, and the PS5 is more than ready to help lead the charge.
As for whether it outperforms the Xbox Series X… well, that’s another story for another article. 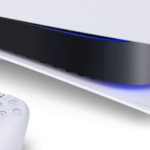