Things are getting rather interesting in the world of Grand Theft Auto Online, just in time for the holidays.
Rockstar Games recently announced that a huge new solo heist will be introduced to the popular online portion of Grand Theft Auto V, set to make its debut on December 15th. Dubbed
The Cayo Perico Heist, it will serve as the first huge map expansion for the game, much larger in scope than the smaller ones that have been introduced over the past few years. 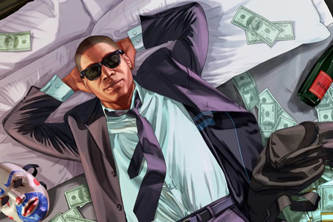 What’s more, you have options with this heist. You can either invite others to take part with you like a gang, or you can try your hand at completing it solo. Either way, expect all sorts of
challenges as you try to make a clean getaway in this new portion of the game.
Up to four players can take part in the game. If you do choose to go solo, however, you’ll find that there are many ways that you can try to rob the island. Of course, this also means that the odds could be stacked higher against you as you try to make your escape.
Not only that, but there will be several new radio stations added with this expansion, featuring over 100 new songs. That’s the first major soundtrack addition to the game since its
introduction, though Rockstar has yet to provide a playlist. Fingers crossed it has the same level of variety as Grand Theft Auto: Vice City, or perhaps even better.
Check out the trailer below, and don’t miss out on Grand Theft Auto Online, now available for PlayStation 4, Xbox One and PC. It’ll also debut on PlayStation 5 early next year.

Speaking of PlayStation 5, we’re giving away two this holiday season! You can learn more about those details at this link.