DiRT 5 Races Onto The Console Scene!

There are all these arguments about which racing series has more long-lasting power – Forza Horizon or Gran Turismo. Obviously it’s not much of an argument anymore, considering that Forza Horizon 4 blew Gran Turismo Sport out of the water in this generation. But now, as we prepare to enjoy the PlayStation 5 and Xbox Series X, there’s a new contender entering the fray – DiRT 5. 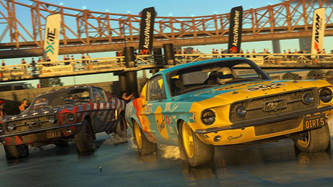 Granted, Codemasters’ offroad racing series has been around for years and dominating the track with each subsequent sequel. But now, with DiRT 5, it’s packing in not only its finest content to date, but also options that will make it a real winner for players that want to get the technical best out of their new hardware. There are options galore here, so let’s take a look under the hood and see what awaits.

Which Way Do You Want To Play?
As you start up DiRT 5 on your next-gen console, you’ll be able to select from a number of video options. Perhaps the big one here is the 120hZ mode, which works with the Xbox Series X. (And we assume the PS5, but we’re in “wait and see” mode there.) With this, you can really bring out some incredible visual detail that makes DiRT 4 look like an Xbox 360 game. Yep, check out the Digital Foundry comparison video below and you’ll see what that’s all about.

And keep in mind that the game looks stunning in 4K. What’s more, you can also mess around with the quality visual levels, or maybe even focus on frame rate. No matter which way you go, you’re in for a dazzling ride across a number of tracks, including city streets, mountain roads, snow covered tracks and so much more. And the way that dirt and water kicks up at every turn is simply amazing, no matter what visual mode you’re utilizing. 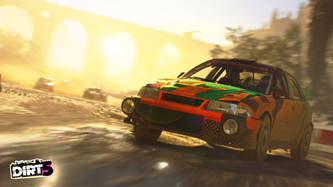 If you played DiRT 4, which was impressive in its own right, then you already know that DiRT 5 will come with a plethora of stunning tracks from around the world. And yes, that includes a Gymkhana arena where you can show off your drifting abilities and other skills. You can also do so with a variety of vehicles, which look just like their real-life counterparts, right down to the visual damage (if turned on) from little bumps here and there. Even the fire exhaust from your tailpipe looks insanely good.

Lots of Options
Of course, a racing game is only as good as the content it comes up with. And oh boy, is DiRT 5 packed with it.
First off, it’ll have multiplayer. No word yet if it’ll be cross-play with each console or not, but expect lots of options to race around with your friends anyway, if only to prove that you’re the king (or queen) of the road. And there are various tracks to master your skills on, so if you think you’ve taken on the best it has in store, surprise, there’s something new.
Then there’s the career mode, which will take you on a worldwide trek to prove your stuff.

Along the way, you’ll hear the lovely ramblings of Troy Baker, who will provide narration throughout the proceedings. Nolan North is involved as well, though to what extent we don’t know yet. Still, they should add a great deal of personality to the game, considering how quickly Codemasters went after them.
So between single player challenges and multiplayer, you’re going to have your hands full. That, combined with the trademark gameplay we’ve come to expect from Codemasters, should keep you busy well into the new year. Oh, and don’t forget DiRT 5 is also on older consoles as well, but without all the tech features. We’re sure it’s still fun to play tho.

Kick Up That Dirt and Pick Up That DiRT
When the next generation arrives next month, DiRT 5 will be more than ready for it. With a variety of technical options and tons of content, along with traditional multiplayer and a packed single player campaign, it’s bound to be lots of fun for anyone that wants to hit the race track.
We’ll see how it fares when it pulls into the garage on November 6th for current consoles and PC, and later in the month for Xbox Series X and PlayStation 5.