Just a couple of weeks ago, Nintendo had a special Mario-themed Direct special that revealed some new announcements, including a real-life Mario Kart and a port of Super Mario 3D World, both headed to Switch very soon. But it also revealed Super Mario 3D All-Stars, a three-pack of the hero’s greatest adventures, all revamped for enjoyment on the Nintendo Switch.
Now that it’s arrived, does the collection live up to the hype? Well, let’s put it this way. We’ve spent more time collecting Shines, stars and Grand Stars over the past few days than anything else. That says a lot about the replayability of these games – and there’s a lot here to enjoy, even if there is one interesting omission.

Super Mario 64 is better than ever
First up is Super Mario 64, which initially debuted alongside the Nintendo 64 way back in 1996. This is the highlight of the package – and probably the first place that people will stop when it comes to enjoying what All-Stars has.
The game isn’t entirely HD, but it does look better than ever on the Switch, running on a very smooth emulator. And, surprisingly enough, the gameplay is mapped nicely, whether you’re going with the handheld sort of play or using a Pro Controller. Either way, you’re in for an experience that you’ll spend hours enjoying all over again. Not to mention playing with Mario’s face all over again on the title screen. That never gets old. GIMME THAT SCHNOZZ. 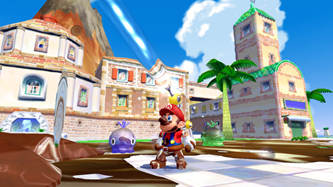 Super Mario Sunshine
Probably the oddball of the group – no, it definitely is – Super Mario Sunshine makes the journey from the GameCube to the Switch in style. In it, Mario journeys around a tropical island, spraying away grimy messes while dealing with a villain that resembles him in more ways than one.
Not everyone was crazy about Sunshine – clearly some people preferred the thrilling style of Super Mario Galaxy and even Odyssey – but it’s a fun, quirky title with hours’ worth of secrets to discover and a unique style that’s wonderfully carried over from the GameCube. It’s not entirely remastered either, but it runs well.

Super Mario Galaxy
And now we come to my personal favorite in the package, Super Mario Galaxy from the Wii era. Released back in 2007, it makes the journey to Switch with new control options. Finally, you don’t have to shake your arm to make Mario spin, as you can do it with the press of a button. 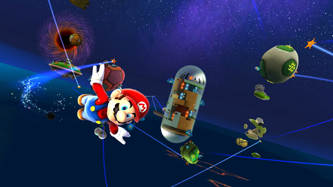 There are motion controls, though, in case you’re feeling nostalgic. Galaxy has never looked better than it does here; and it’s incredibly fun to play as you bounce around from planet to planet, finding goodies and attempting to shut down the dominating Bowser. It’s great to have it here.
That said, I do feel slightly sore that Super Mario Galaxy 2 didn’t make the trip. It’s a splendid sequel along the lines of the original, and its inclusion would’ve made this a truly unbeatable collection. As it stands, though, we know that the first Galaxy runs well; so maybe it’s a matter of time before we see Galaxy 2 shows up. Hopefully sooner rather than later.

And the Rest of the Goodies
There’s some great menus that make it easy to select your favorite game, along with a few tidbits that describe each one nicely. But let’s be honest, the real bonus feature here is being able to play hundreds of tunes from these three games, through a helpful and convenient player. This is a great way to pass the time when you’re not playing the game, maybe to play in the background. And, yeah, we never get tired of the Dire Dire Docks theme from Mario 64. It just melts us. 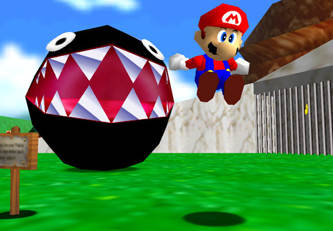 A Collection You Shouldn’t Miss
Even with the missing Galaxy 2 and trying to get used to Sunshine when it wasn’t entirely your cup of tea, Super Mario 3D All-Stars feels like a quintessential must-add to your Nintendo Switch game library. It celebrates three of Mario’s greatest adventures in the best way, with top-notch emulation and control options. You’ll spend hours running through them again, wondering why you stopped playing them in the first place.
Now then, can we have an F-Zero collection? For research. 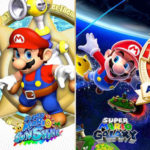