There had been a lot of doubt about Marvel’s Avengers since Square Enix initially announced it. “Oh, they’re just trying to capture Spider-Man’s magic in a different way.” “What’s with the character models?” “Oh, there’s no way it’s going to work.” People were concerned that it wouldn’t nearly come close to the success that the Disney films had done. And yet, here we are, with a game that goes above and beyond its call, thanks to some key components that make everything come together. If you’re not attracted by the general storyline surrounding Kamala Khan, then you’ll likely stick around for the co-op destruction and the sheer joy of enjoying a nicely written comic romp. While everything may not quite be perfect, Marvel’s Avengers lives up to its heroic arc. And how.

Avengers Disassemble… and Reassemble!
The game begins with Khan attending a special Avengers event, geeking out like the comic book fan that she is and even meeting some of her heroes. But soon after, a devastating terrorist attack leaves San Francisco in shambles, with the supergroup taking the fall. They soon disband, with a robotic group called AIM moving in to pick up the pieces. 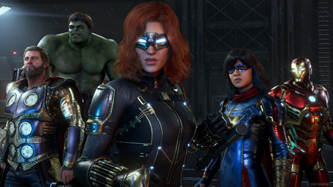 Five years later, Khan discovers not all is what it seems, and stumbles upon a conspiracy upon the group. It’s here that she comes face-to-face with AIM’s forces while discovering her own superpowers and trying to bring back Earth’s mightiest heroes. As you might guess, it’s no easy task. But watching her story unfold is part of the fun.
Crystal Dynamics and Eidos Montreal have done a remarkable job with storytelling here. Sure, the dialogue can be a little glib – especially with the smart-ass Tony Stark – but it’s very well done, particularly with establishing Khan’s story. She’s a wonderful character, and seeing her grow into Ms. Marvel is one of the game’s biggest surprises.

A Bigger World To Explore
But Marvel’s expansion is just part of what makes Avengers so great. You also get to play as other characters, and each one adds something dynamic and entertaining to the package. Of course, my personal favorite is Hulk, smashing everything to great capacity and with strong agility. But Thor, Black Widow, Captain America and Iron Man add quite a bit as well.
The game’s single player campaign will take a while, but there are also side missions that you can take on. Granted, you’ll need to get leveled up first, and the game’s progression system is remarkable. You’ll unlock new moves and strengthen up current ones, so that you’re at the right power level before you take on what AIM has to offer. Plus you can unlock some cool costumes, and even buy some vintage ones if you’re up for it. Avengers also provides some terrific co-op missions, in which you and your friends can take on
enemies in pure group fashion. You can also play solo with AI-driven partners, but it’s not quite the same experience. This is something that was built to play alongside your buddies. Get a group together, or assembled, if you will. 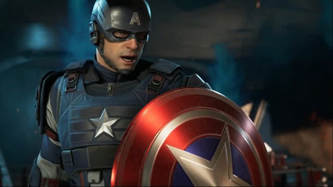 The gameplay for the most part is terrific. There are some slight control issues that pop up with timing, but never to the point that it’s a blast. While some elements appear to be lifted from
Batman: Arkham Asylum (particularly with counters), the inclusion of others – like Khan’s awesome “stretchy abilities,” as I call it – are excellent. You’ll feel right at home, no matter which Avenger you’re playing as.

A Superhero Presentation
As far as presentation goes, Marvel’s Avengers won me over. No, the character models won’t be everyone’s speed – why does Thor’s outfit have so many dials on it? – but I really liked the animations, level designs and visual effects. Everything pops to life beautifully, just as a good superhero game should. The cinematics are a lot of fun too, and it’s great to see how well everyone interacts.
The music is right up there on the level of Disney’s efforts, with a great cinematic score that fits these heroes to a tee. I also like the sound effects, particularly the “clang” of Thor’s Mjolnir as it smacks into enemies. Granted, Hulk growling is fun as well. 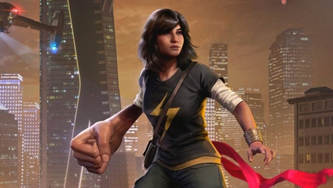 As for voice acting, it’s top notch. Again, Stark can be a bit much, but Nolan North plays him remarkably well, once again proving his range. It’s great to hear Troy Baker do his thing as Bruce Banner, and Laura Bailey makes a killer Black Widow here. But, really, the standout is Sandra Saad, who truly makes Kamala Khan her own. She’s such a wondrous character, and she’s perfectly cast for it.

Time To Save the World
Despite some mild glitches and occasional hiccups with getting a group session going, Marvel’s Avengers more than lives up to the hype. The gameplay is wildly entertaining, especially when Kamala Khan is involved; and the presentation is top-notch, a true testament to what Crystal Dynamics can do. (And that’s keeping the Tomb Raider games in mind, mind you.) It’s a lot of fun, whether you’re blasting through the single player content or doing rad things in co-op. Between Insomniac’s Spider-Man and this game, Marvel’s making a nice turnaround in the gaming world. And it’s just getting started. 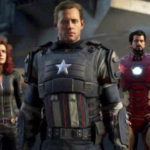